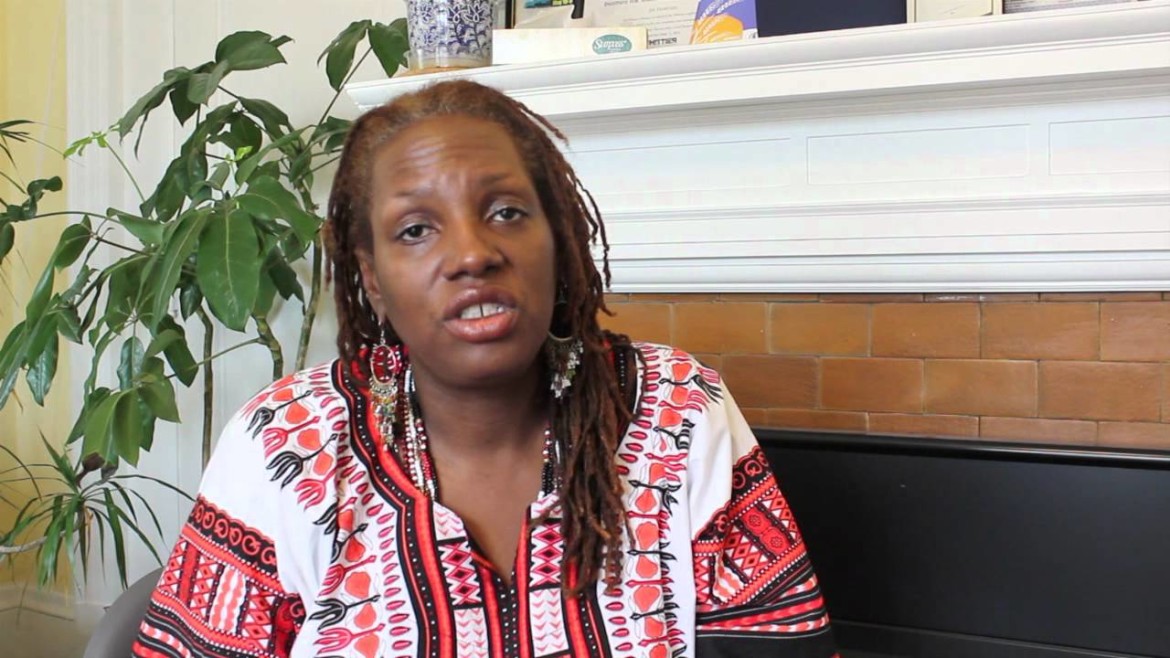 LaDonna Redmond, a longtime urban farmer from the west side of Chicago, wants to shake the movement from its somnolence, with her call for a gathering of people of color and indigenous leaders in the Twin Cities at the end of this month, the Food + Justice = Democracy conference, to craft principles of food justice.  “The food movement is characterized by projects like urban farming, but we don’t have principles that unite us or policies to support,” Redmond, a senior program associate at the Institute for Agriculture and Trade Policy, a nonprofit food policy think tank, explained.

The food justice movement is at an impasse. And the timing couldn’t be worse. More of us are hungry than ever before. One in seven rely on a food stamp program, likely to be eviscerated in Congress’ next round. A disproportionate number of Blacks and Latinos suffer from obesity and diet-related health issues, compounded by lack of access to healthy and affordable food. And the drought that devastated the Midwest this summer, laying waste to staple crops, has experts predicting rises in food prices to levels seen in 2008, when the high cost of eating led arguably to political uprisings, such as the Arab Spring.

Yet, amidst all of this bad news, the primary national network for the food justice movement, the Community Food Security Coalition, announced last month that they were closing their doors, much to the shock and dismay of their members. In the absence of leadership, the loudest voice in food advocacy is coming from a surprising corner: the private sector.  This Sunday, the Financial Times reported that the incoming CEO Tony Vernon of Kraft Foods spoke up against cuts to food stamps. “The SNAP program is a program we are supportive of,” he told the paper, adding that food stamp recipients “are a big part of our audience.”

The problem is that corporations are acting on behalf of their own self-interests, not the public good. Our food system is broken, in large part because the business of growing and making food is dominated by large corporations. Economic power, as I wrote in ARC’s Good Food and Good Jobs report is consolidated in a few corporate hands with annual revenue over $1 billion. The names should be familiar to anyone who’s perused grocery shelves: Walmart, Nestle, PepsiCo, and, yes, Kraft Foods. These very same companies also spend millions lobbying D.C. to keep subsidies for corn, the raw material for high fructose corn syrup, the omnipresent sweetener found in soda and other processed foods. More recently, the likes of Monsanto and DuPont have sunk over $27 million on an opposition campaign to label genetically modified organisms (GMOs) in California, Prop 37.

Redmond thinks there needs to be a change in approach, and that activists can use recent history as a guide. The historical precedent in the environmental justice movement inspired Redmond, when people of color converged in the early 1990s to craft the principles of environmental justice. “Environmental justice demands the right to participate as equal partners at every level of decision-making,” reads one of the principles, “including needs assessment, planning, implementation, enforcement and evaluation.” This was a key milestone because the principles unified people of color into a multiracial movement. And, the principles elevated the leadership of those most impacted by ecological and economic catastrophe and asserted the right of peoples for self-determination. Redmond hopes the same will happen for the food justice movement.

Without principles for food justice, Redmond fears, the rhetoric of food justice can be used to amplify more corporate control in the food system. We’ve already seen this when Walmart partnered with First Lady Michelle Obama’s Let’s Move campaign, to provide healthy food to low-income communities. The corporation pledged to open up 300 stores in so-called “food deserts.” However, research shows that the entrance of a Walmart store exacerbates the quality of food, not to mention jobs, available in an area. Food & Water Watch reported that milk the corporation touts as “organic” actually comes from a factory farm.

But for Redmond, the fight for food justice was deeply personal. “I didn’t chose food work, it chose me,” Redmond quipped. Like any mother, LaDonna Redmond was concerned about her son’s health and well-being. “My son developed food allergies early on, between the age of six and seven months old, when we introduced him to soft foods. He had severe allergic reactions and asthma: his eyes would swell up, he cried and wheezed so hard that we had to take to the emergency room.”

But, Redmond was Black and her family lived in the west side of Chicago, a working class Black and Latino neighborhood. “I tried to provide the best food for my son, free of carcinogens and pesticides, but it wasn’t available in my neighborhood,” Redmond explained. “It wasn’t that I couldn’t afford it, it just wasn’t available. We had to travel several miles outside to buy food to make our meals.”

Redmond decided to grow her food for her family, converting the family’s backyard into a vegetable garden. Her efforts then expanded into vacant lots and a farmer’s market selling collard greens and turnips, inaugurated a year after her son’s birth. But Redmond realized that lack of food access was a broader issue afflicting many communities of color. She became involved with food policy, but found that she often was the only Black person in the room.

“People would stereotype me because I was Black: I’m on food stamps or I’m a single mom,” Redmond remembered. “There was a real ignorance of my reality as a Black woman, but these people were setting policy for my community.” Not for much longer, if the gathering reaches Redmond’s hopes. “If we could swing the magic chicken to get the food system that we want, most people don’t know what we do want. We haven’t really sat down to say we want this and we want that. Our conference is about the what and the how.”